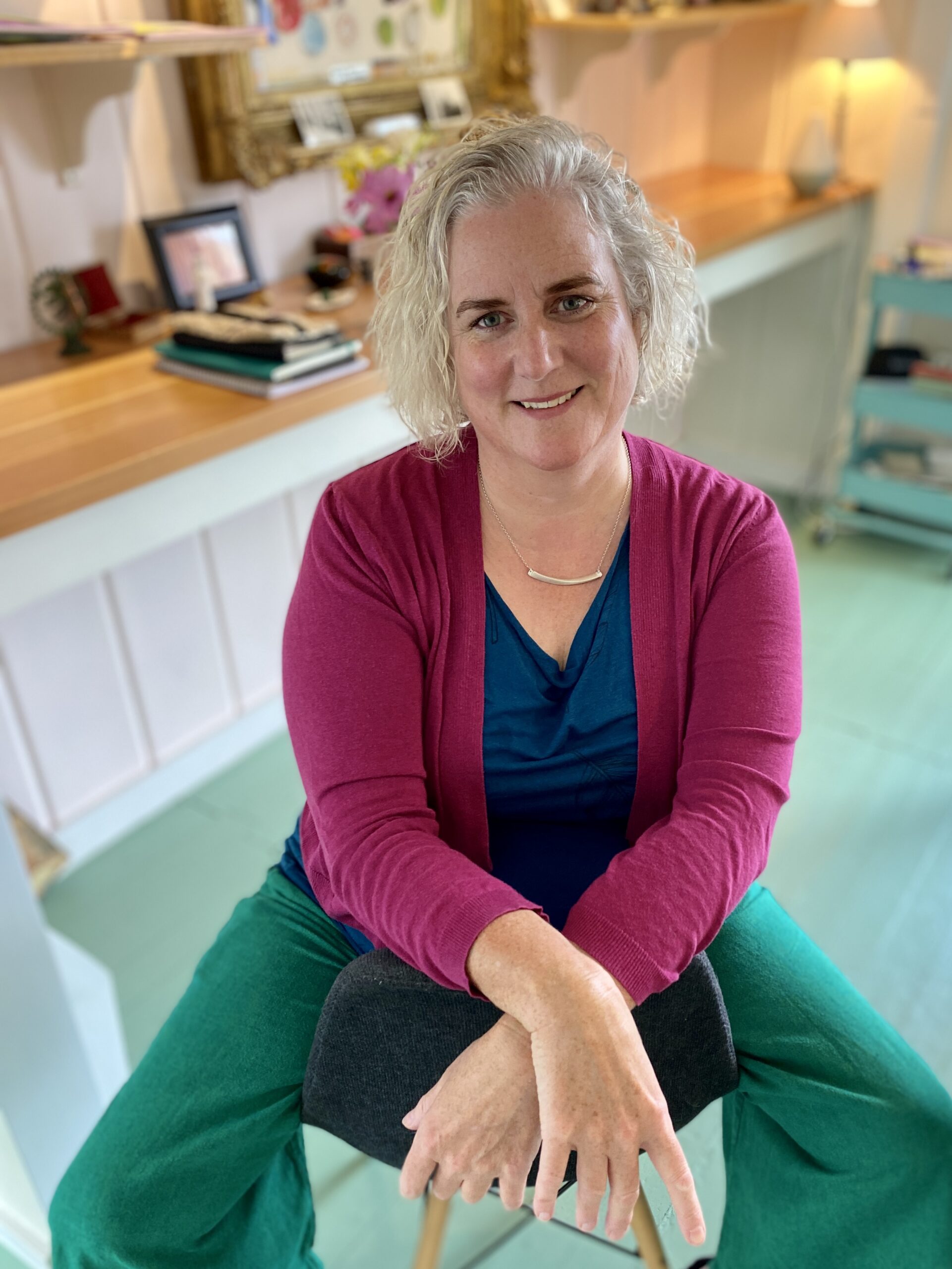 I’m a novelist. I create characters that find the courage to be themselves. Characters who have to live their truth, even when everyone around them wishes they would keep pretending.

I’m compelled to write these stories to the point where I’ve become like one of my own characters. Writing these novels is who I am. It’s uncomfortable and impractical and it would make more sense to not do it anymore. But I won’t stop.

Soon, I’ll be sharing a new story with you.

It’s a mystery that features June Grant, a stenographer in a Montreal ad agency just after the Second World War. While the other girls in the steno pool dream of quitting their jobs and getting married, June dreams of becoming a poet. She doesn’t have the option to quit her job. Her family has fallen on hard times and it’s June’s meager salary that keeps a roof over their heads. June knows that her sister, the beautiful and difficult Daisy, is up to something. Something that is going to get them all into big trouble and June knows she needs to put a stop to it.

June Grant is not a character that I made up. She’s based on my great-aunt, who was indeed a stenographer in a Montreal ad agency. June went on to have a long and successful career as an advertising writer, breaking out of the strict rules of her upbringing and living an unconventional life.

She became herself at a time when, and in a place where, that simply was not done.

When she died in 2014, June’s treasure trove of paintings, books, letters, photos and notes, along with a pile of the advertising campaigns she worked on, were passed down to me, a mystery writer.

I used that archive as the basis for my research as I made June into the protagonist of a historical mystery call A Real Somebody.

A Real Somebody will be published in the summer of 2023.

( So, maybe writing these novels is not such an impractical idea after all? Maybe being true to yourself works out in the end?)

I’ve wanted to be a mystery writer since reading my first Nancy Drew in the second grade.

For years, I talked myself out of being a writer at all. I tried so hard to fit in to what I thought the world wanted me to be. I tried to be everything, anything, other than who I was, and I found out just how hard pretending can be.

And then, one day in 2006, I just stopped. I stopped pretending. I walked out of the brewery where I worked — my job was to count beer — and I started that very day writing a mystery set in a brewery.

I promised myself that, going forward, I would make the act of writing a central part of my life. I’ve kept that promise ever since.

That first book, Confined Space, led to a second, Open Secret. Both were published by Simon & Schuster Canada and feature Bern Fortin, a soldier who takes up gardening in his retirement and accepts a part time job as coroner for a small town in British Columbia. Confined Space was nominated for a Best First Novel award by the Crime Writers of Canada.

For this new series of mysteries, I wanted to return to my roots.

To the city I love: Montreal.

I was born in New Brunswick and I grew up in Ottawa. When I moved to Montreal as a teenager, I felt instantly at home, maybe because my father’s family had called the city home for many generations.

At sixteen, I had fake ID so I could get into the Peel Pub and a nightclub called The Thunderdome. While at McGill, I worked at The University Club, a private dinner club, and The Main, a smoked meat restaurant on St. Laurent Boulevard, at the same time.

I grew to understand that Montreal is a city of opposites.

These days, I live in beautiful Nelson, BC with my husband, our two sons and two cats. I work in a studio with a view of the mountains and I swim year-round in glacier-fed Kootenay Lake. And while I’ve lived in British Columbia for over twenty years, I still wake up from dreams where I’ve been walking through the streets of Montreal. Dreams so vivid, I’m sure I visited in my sleep.

Deryn Collier is the author of The Bern Fortin novels Confined Space and Open Secret, both published by Simon & Schuster Canada. Originally from Montreal, she is a graduate of McGill University. After a very short career as a federal bureaucrat she ran away to the mountains of British Columbia where she has been for over twenty years. She lives in Nelson, BC with her husband, sons and cats.